Cow Killer Ants, Are their Sting Poisonous, How to Kill and Male Cow Killer

The cow killer ant is a solitary ant that does not live in a community as other ants do. The males do not have a cow ant stinger while the females do. Although their stings are very painful, they are not dangerous. It is only in rare situations that one will need to kill the ants. We explore these and more.

What are cow killer ants

The cow killer ants are also referred to like the red velvet ants. Despite their name, these creatures are no ants. They are solitary wasps that do not live in colonies. The female cow killer ant is wingless making it look so much like an ant. Unlike other ants that have elbowed antennae, these tend to have straight ones. The fact that their bodies are covered with dense hairs that are brightly colored makes them be referred to as velvet ants.

The reason why these ants are referred to as the cow killer ants is due to the pain it inflicts on its victims through its sting. The stinging can only be done by the females as the males do not have a stinger. The ants are not aggressive. They also are solitary. As such, it would be very rare for a person to experience multiple stings. 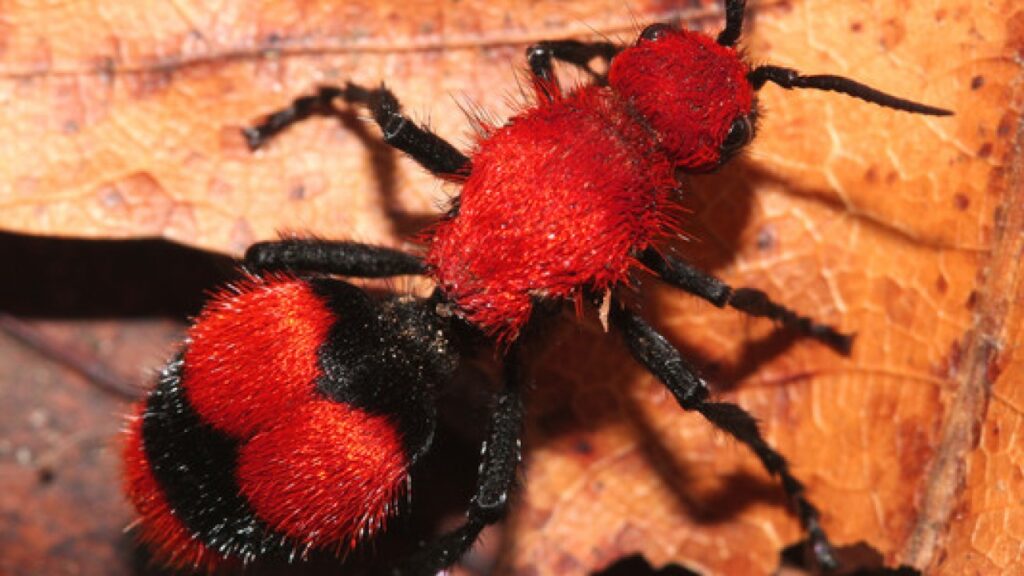 The adults feed on nectar while their larvae feed on the larvae and pupae of insects they have parasitized. The female ants will be seen burrowing into the soil. This they do to look for nests made by ground bees and wasps. Once they get them, they lay eggs inside the nest. Their target is mostly the non-feeding stages of their hosts. The eggs then hatch and the larvae consume their hosts.

The preferred pastures for these ants are the edges of forests and in pastures. In suburban areas, these ants can be spotted crawling through lawns, wondering around garages as well as burrowing into the soil. The ants will rarely frequent areas with people. They also do not cause any damage. As such, no control measures are normally necessary. 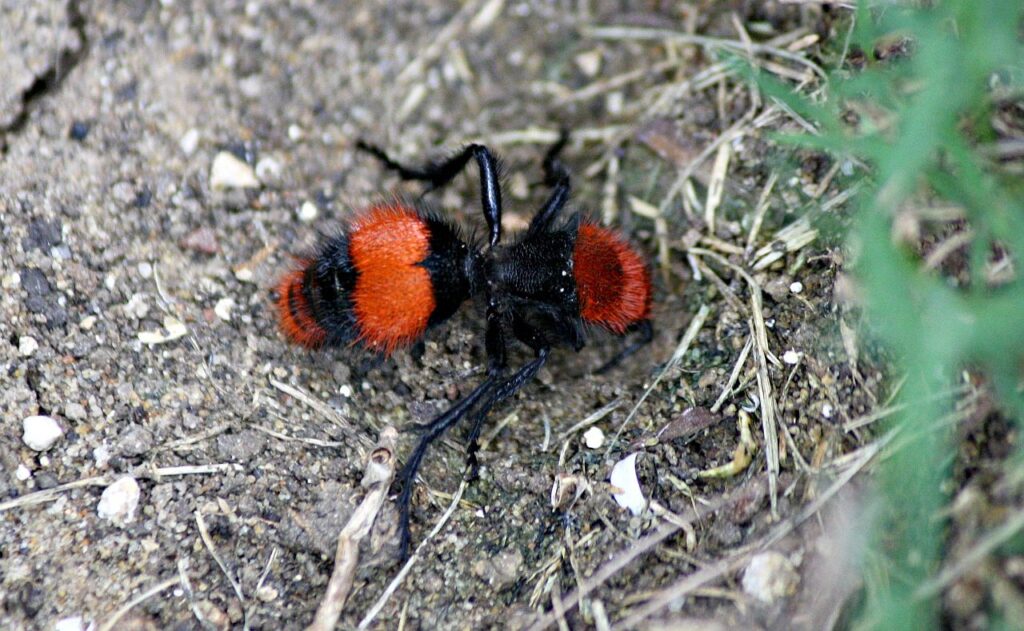 At times, getting a perfect mating match can be hard for the ants due to their extreme sexual dimorphism. This is displayed in the ants having different color patterns, body size and other aspects. These make it hard for the two sexes to relate with one another. In most cases, the female will be larger than the male yet mating could be expected to occur in the air. Other times the male may have to carry the female for mating to occur. This could be difficult for males when they can’t find a matching size.

How to Kill a Cow Killer Ant 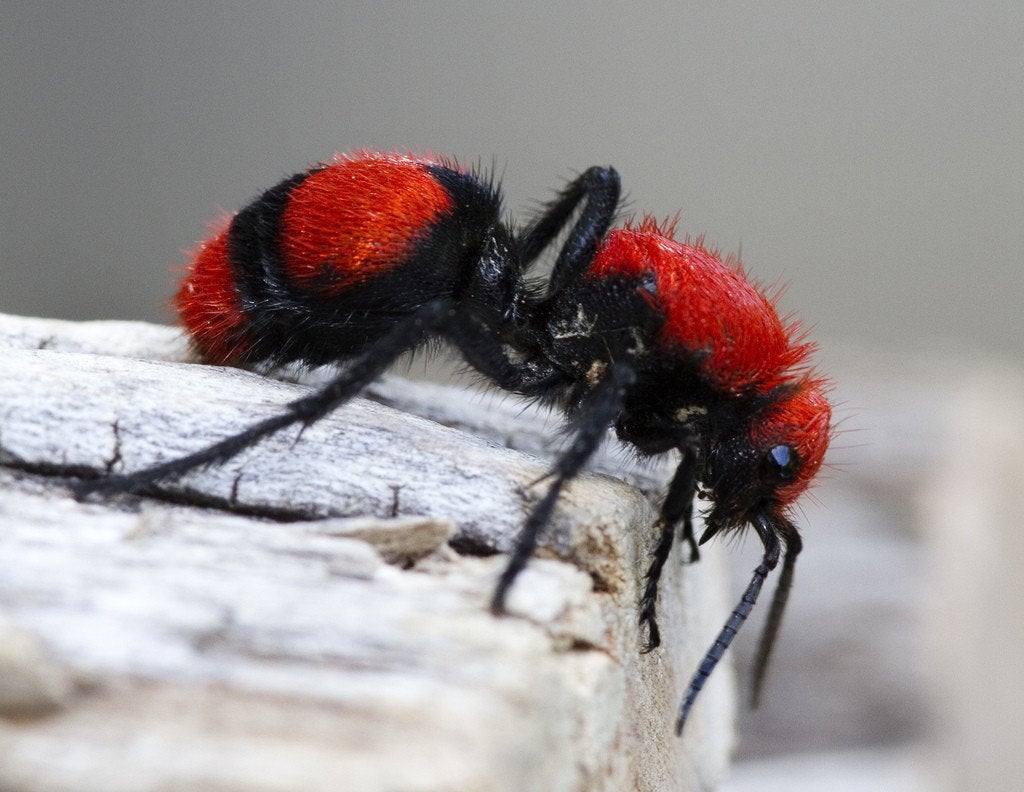 The cow killer ant is not dangerous. It also does not cause any harm to vegetation or surrounding environs. As such, it is only on rare occasions that chemical control may be required. In case it gets to that, one can make use of wasp spray to kill it.

Any of the insecticides that have effectively worked on bees and wasps will be effective on the cow ant. Where this is not available, one could kill them by stepping on them. Ensure you do this in a thick-soled shoe and never in bare feet as you may end up suffering a sting.

Where the ants seem to be a number, one can follow up the female ant and see if it leads to a nest. Where it does, the same spray can be used to kill the yet to mature ants as well as their hosts. In case they are invading the house, dust their entry points with an insecticide. 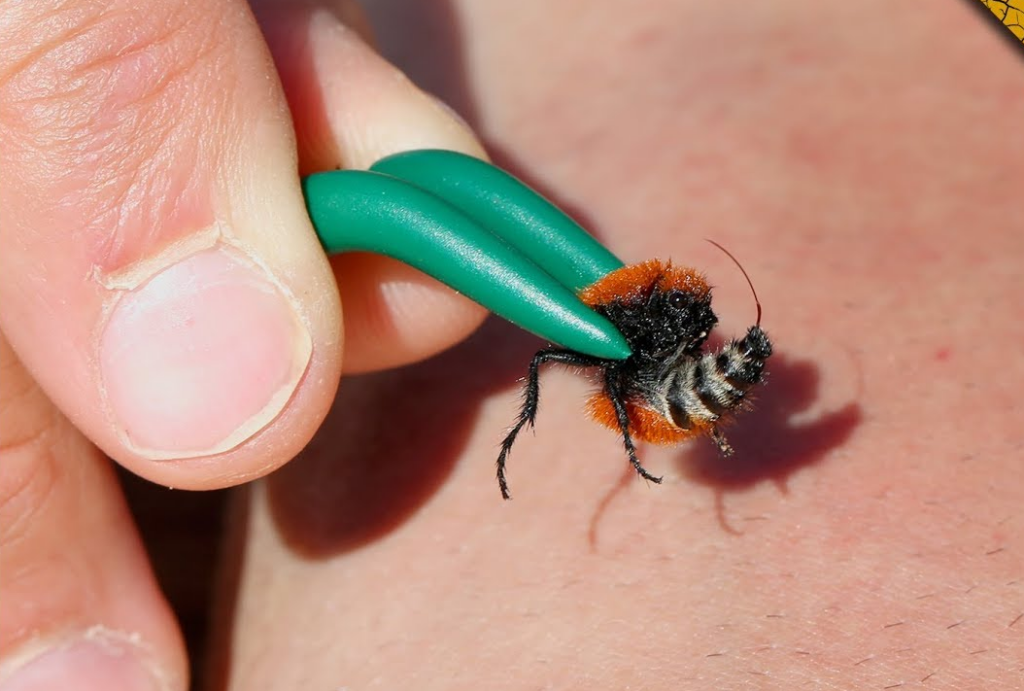 The cow killer ant is one of the most frequently observed velvet ants. In most situations, the ants are not considered pests. It is only on rare occasions that they will infest areas in large numbers. In case they are not disturbed, they will cause no harm. However, when stepped on or handled, they can sting. Their stings are painful but not poisonous. The only time they may be dangerous is if their victim suffers allergic reactions from their venom. In such situations, one should seek immediate medical attention.

In case their populations rise to high numbers, this will increase the likelihood of a person getting stung. In such situations, it may be necessary to put into place cow ant control measures. There are two main ways through which this can be done. First is to dust the entry points where the ants have a throughway with an insecticide. Once this has been done, one can make use of broadcast bait to get rid of the ants. This method will help in killing the ants and the source of their food. 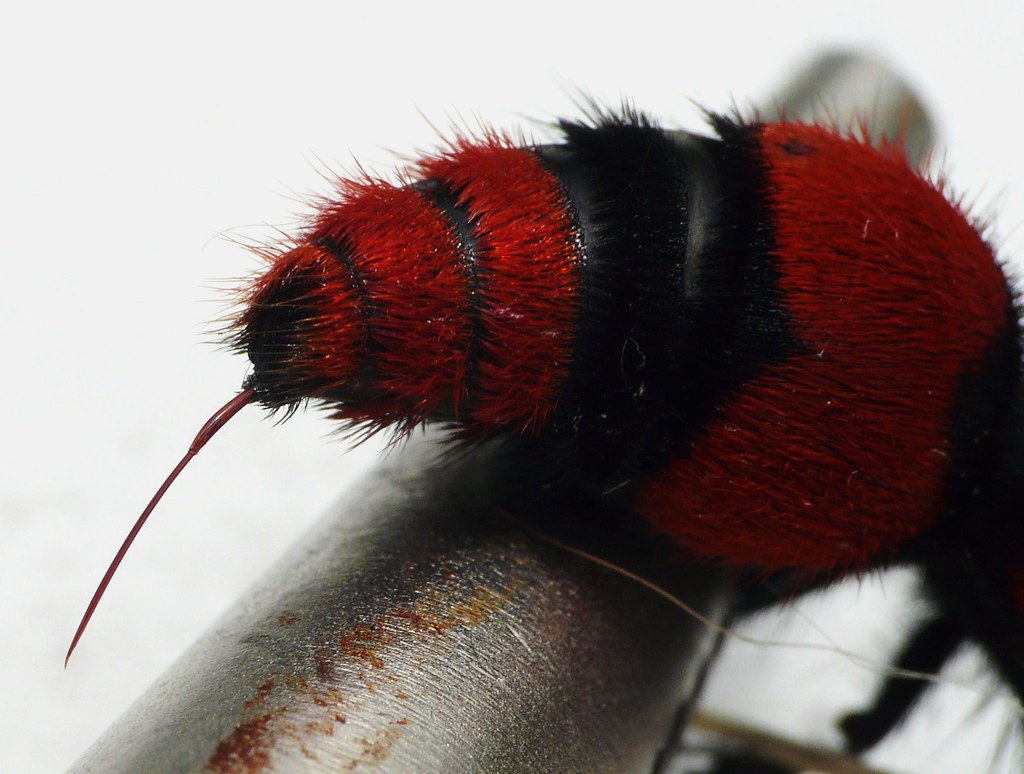 The cow killer ant sting has a reputation of being so painful it could kill a cow, hence the name. People who have been stung say that the feeling is like that of electric shocks occurring in quick succession. Its level of pain is also highly rated in the pain index of insect stings developed by Justin Schmidt. The amount of pain inflicted in victims is enough to drive away any predators including birds, lizards, rodents as well as the host ants.

Only the female cow killer has a stinger. This is found in her ovipositor and serves as a weapon to attack any intruders. The stinger is long enough and maneuverable. It can be angled in whichever direction the ant wishes. This way she can keep stinging the victim until satisfied. When one steps on the ant or handles it and it gets upset, it will stridulate before stinging. This is why a squeaking sound may be heard just before the sting.

The ant could sting multiple times. However, it is rare to receive multiple stings from different ants as these are solitary ants. To protect them from attacks by other ants, they have a hard outer covering. This helps to repel stings from other wasps and bees especially those whose nests they invade.

The venom of this ant is essentially not harmful but it contains some active enzymes. Of all the velvet ants, the cow killer ant has the most painful sting. The females are wingless and with patches of dense red hairs. In case you spot them, it is best to stay away from them.

In case all efforts are made and in the end a bite results, it should be treated. Use clean water and soap and sterilize it later. Avoid disturbing it so it may not get infected. One can use hydrocortisone cream on it as well. In case there are allergic symptoms such as the development of a rash or breathing difficulties, one should visit the doctor immediately. This is likely to occur in persons who are allergic to bee and wasp stings. 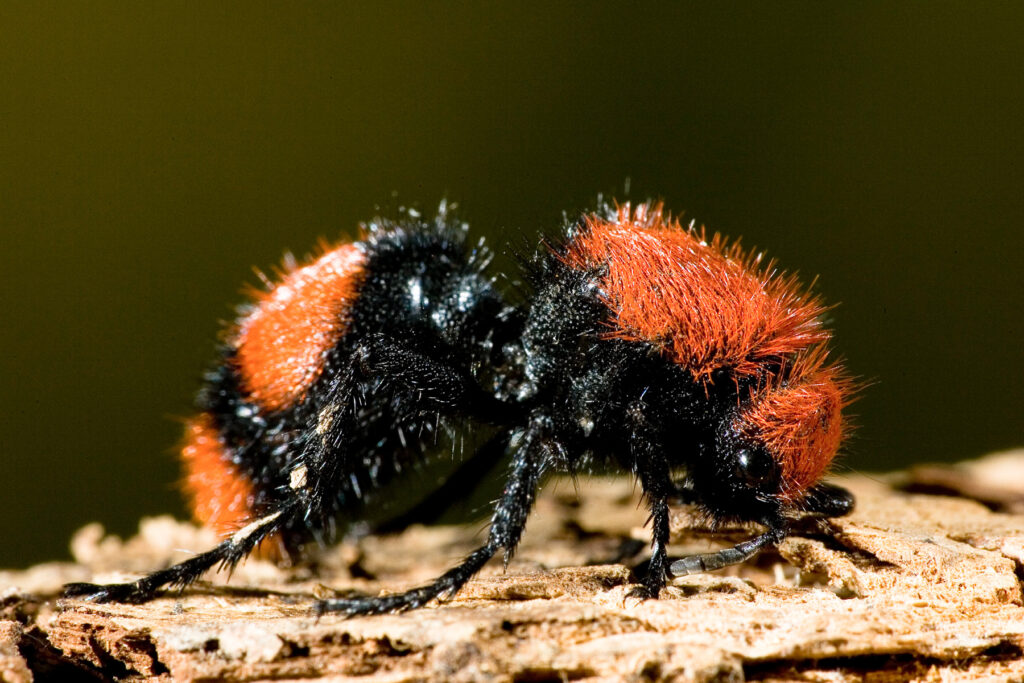 On the other hand, while the female can sting, the male has no stinger. This is because the stinger is incorporated into the ovipositor which is absent in the males. Male ants are not as visible as the females. The male ants can be seen flying low in search of females during the mating season. Although they have some hairs on their bodies, the males look more like wasps as opposed to the females which look more like huge ants.

Although the cow killer ant may appear quite cute and docile, it should not be handled. This is because it will feel threatened. They will then produce some sound and follow it up with a sting. To avoid this from happening, it is best to stay away from this ant. When going into areas that have been infested, be certain to wear heavy-soled shoes. It is also advisable that one increases the grass cover in their lawns to avoid the ants. This way, there will be no ground-nesting bees and wasps. As such, the cow ant will have no ants to parasitize and will move to other areas.