Anyone who has ever gotten horse fly bites will agree that they are pretty painful. They are also susceptible to infections if not properly tended to given their relatively large size. Read on for more info about them including treatment options and sample pictures.

As a matter of fact, they give very nasty bites, thanks to their scissor-like mandibles which literally tear the skin of their host apart rather than pierce through it as most blood-sucking insects e.g. mosquitoes do. The bites of the larger-sized species are especially painful.

It however deserves a mention as this point that only female horseflies bite. Being anautogenous, female horseflies (in most species) need a blood meal before they can reproduce. It supplies them with vital nutrients that support the formation of eggs. 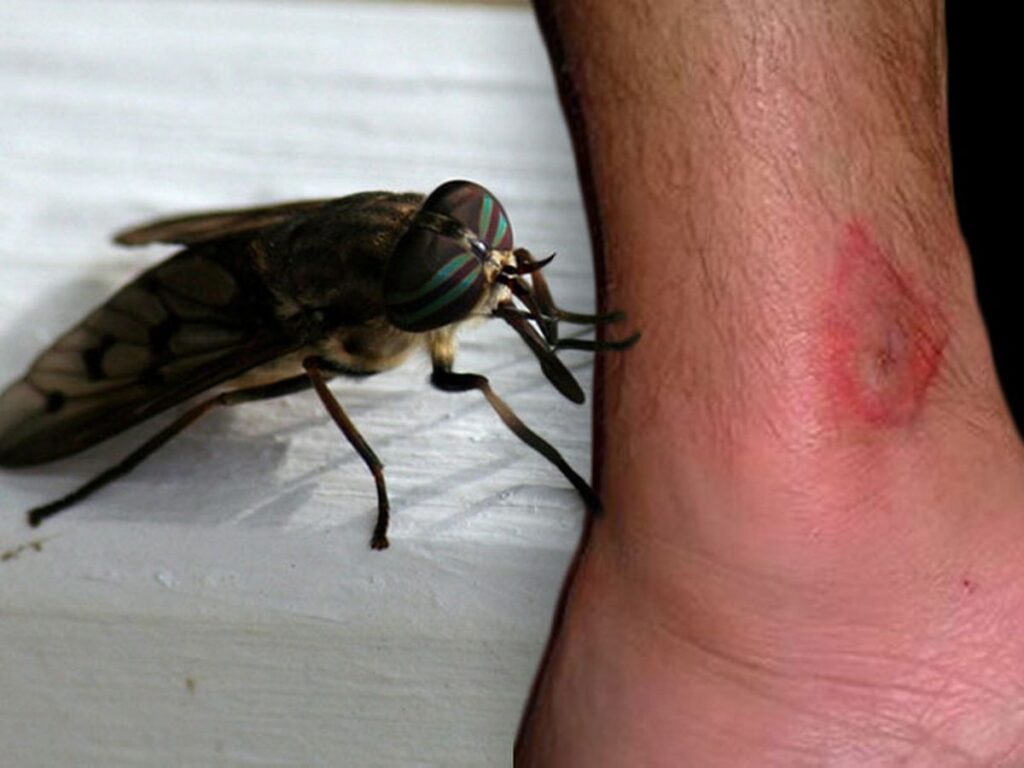 Male horseflies however on the other hand feed exclusively on nectar, honeydew and other plant saps – and sometimes pollen – and as a matter of fact lack the mandibles used by females to suck blood on which they feed.

Female horseflies favor mammals for their blood meal but some horsefly species can as well draw blood from birds, reptiles, and even amphibians. They are attracted to the carbon dioxide gas given off by animals (including human beings) during respiration. Large moving objects also tend to draw the attention of horseflies and is also a way through which they locate their prey.

These blood-thirsty pesky creatures tend to attack most during warm sunny days and tend to be most active during summer and early fall. Attempts at swatting them away usually don’t deter them from biting their host; they generally persist with their attempt at attacking the host until they are either killed or succeed.

For human beings, they have a particular liking for the head and upper body which are their common attack points. Unlike the bites from mosquitoes, horsefly bites are immediately painful and also takes relatively longer to heal.

How Horse Fly Bites and Effects

Horseflies have long mandibles with which they rip open the hosts’ skin before drawing blood from them. This ensures easier access to blood than would be possible with a needle-like proboscis similar to that of mosquitoes. The shape of their mandible also makes it easier for them to bite and suck blood through fur and clothes.

In addition, it gives them an evolutionary advantage in that being much bigger, the bite is more painful which then makes the victim pay more attention to relieving the wound than tracking down and killing the offending fly. It is thus not surprising that some horseflies will bite and then go away only to come back for another scoop of blood later on as necessary.

Horseflies are diurnal and do all their feeding – that means biting for female horseflies – during the day. Their bites are not only very painful but can also cause significant disturbance to grazing livestock leading to reduced milk yield, weight loss, and low feed utilization efficiency. 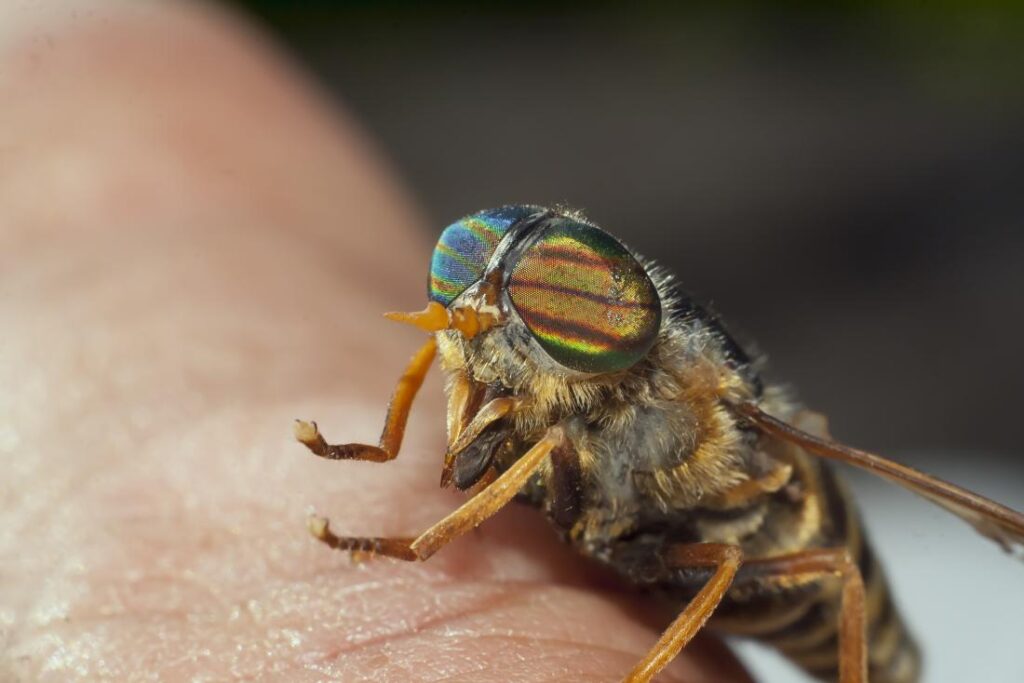 Through their bites, horse flies are also known to be vectors for certain blood-borne diseases such as equine infectious anemia in horses, trypanosomiasis in camels, anthrax in sheep and cattle, tularemia among rabbits, and anaplasmosis among cattle.  Some horsefly species are also known to transmit the parasitic filarial worm Loa Loa between humans.

Extensive fly bites where their populations are significantly high are also known to lead to extensive blood loss in some animals which can weaken them or even lead to death. For example, cases of animals losing as much as 300 ml of blood in a single day as a result of horsefly infestation.

Although rarely, horseflies have also reportedly caused fatal anaphylaxis in human beings. Their bites may get itchy, at times causing large swellings later on if not promptly and properly treated. They can also easily get infected due to their relatively large size – remember that the fly could as well have been carrying some pathogens – and are often associated with problems such as high fever and severe lesions.

Some horse fly species inject saliva into their host’s bodies to prevent clotting of blood as they suck it in. This causes allergic reactions in some people. Such people may develop a body rash, break out in hives, or start wheezing. Their skin may turn pinkish or even get swollen and in some severe cases, they may get dizzy and weak.

As with most insect bites, swelling is the most common symptom of horsefly bites. If your bite is particularly swollen, you may want to apply a steroid cream. 1% hydrocortisone cream is always a safe bet. It is available in most local drugstores under different brand names.

You may also want to try one of the following home remedies that are touted to help reduce horse fly bite swelling: 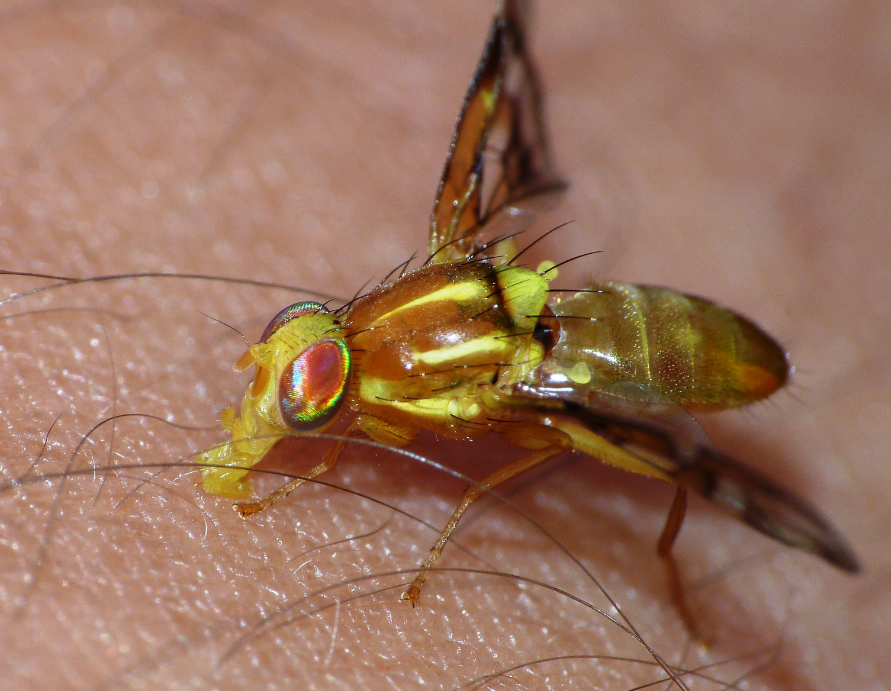 If you have been reading around our site for a while, then you are likely aware that we like to include pictures whenever we can find some good ones befitting the topic at hand, more so when the topic is as visual as this. After all, someone once equated a picture’s worth to a thousand words and nothing is truer.

Without further ado, here are a couple of horsefly bites on humans’ pictures to give you an idea of what they look like:

As you can clearly see from these pictures, the bites from these skin-ripping bloodsuckers are quite big and are not anything close to the typically small bites inflicted by other insects, say mosquitoes for example.

Horsefly bites take longer to heal compared to other insect bites. They are usually painful and result in raised, red and often itchy lump(s) on the affected area of skin within minutes. The symptoms will however settle down after a few days and resolve completely over a period of a few days or weeks.

You may however want to take the following treatment measures to improve symptoms. 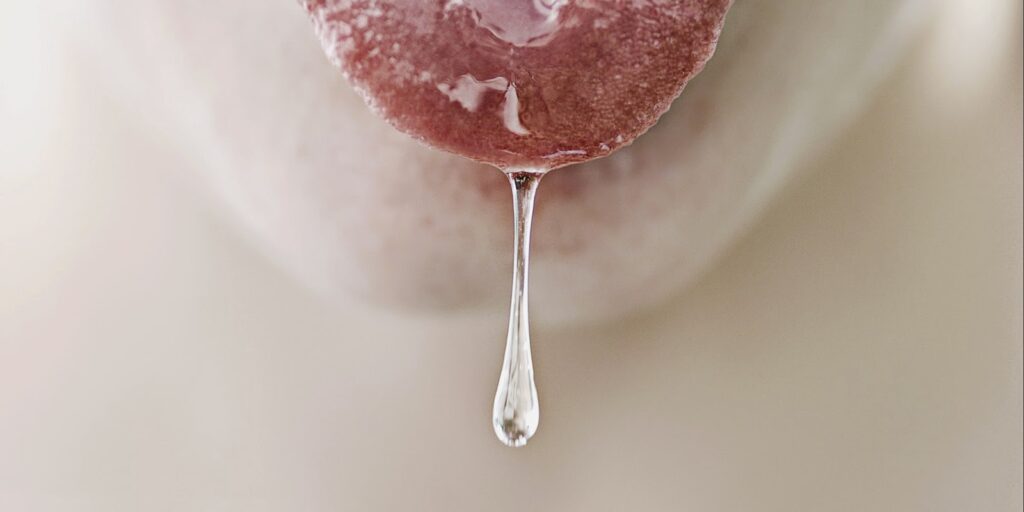 Saliva is usually rich in Histatin protein which is beneficial to bites inflicted by these annoying blood-sucking pests. Cover the bite wound as soon as you realize that you have been bitten to minimize the occurrence of symptoms. This is especially helpful if you are outdoors as it will help protect you before you can properly treat the wound at home.

Your first course of action after getting a bite from a horsefly should be to clean the affected area of skin with soap and water in order to ensure minimal chances of infection. It is also a good idea to use an antiseptic to sterilize the area. 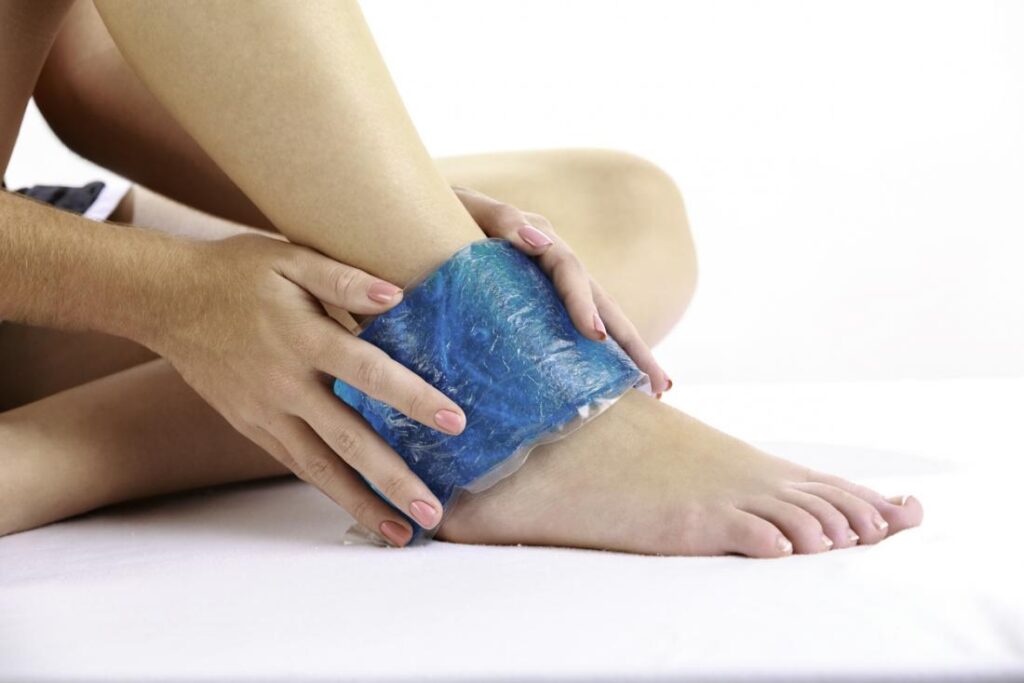 Applying a hot compress also offer relief for horsefly bites and reduces swelling. Simply soak a small towel in hot, salty water before applying it gently on the affected area of skin. Ensure that the water is not too hot as it might cause scalds.

Itching is one of the symptoms commonly associated with horsefly bites. This occurs as a result of the release of histamine from the tissues surrounding the bitten area of skin.

For the majority of bites, it is just a matter of time before this local reaction goes, but in the meantime, you may want to take some non-prescription antihistamines such as Benadryl to reduce itching.

It is important however to keep in mind that antihistamine drugs may cause drowsiness, so be cautious about what you do after taking them to avoid unnecessary injuries and accidents. 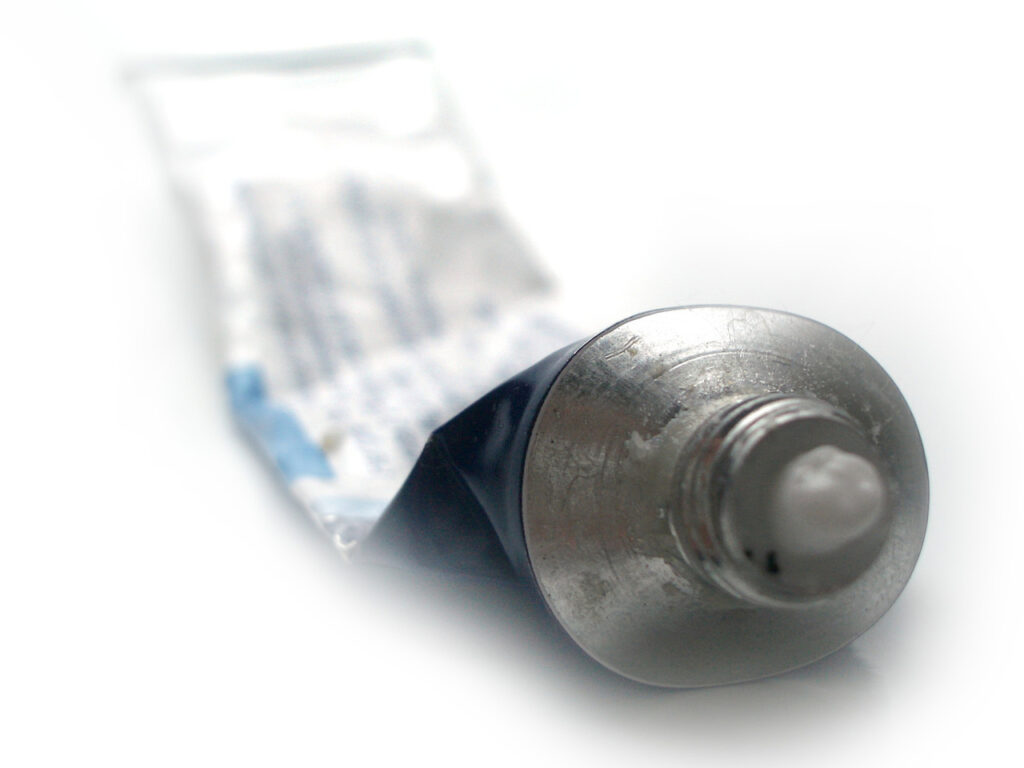 Low potency steroid cream can as well be used to reduce itching as well as inflammation. Just ask your local pharmacist (or chemist if you like) for 1% hydrocortisone cream. As with any medication, be sure to use it as directed by the pharmacist or on the packaging.

NB: Avoid giving in to the urge to scratch the bitten area as this might not only prolong the healing time but also heighten the risk of infections from dirty hands.

Lastly, if the area where you were bitten starts to discharge pus or gets increasingly painful, red and hot, consider seeking the attention of your doctor or any other qualified medical practitioner; this is often an indication of a bacterial infection.

And don’t forget that you can prevent future horse fly bites by wearing long-sleeved clothes and pants and spraying yourself with an insect repellent containing DEET (diethyltoluamide). Some people also claim that taking garlic supplements helps to ward off the bloodthirsty pests that are horseflies.