What is a lip tie? Can a lip tie create problems later in adult life? Learn more about how you can be affected with a lip tie, what it involves, how to know if your newborns, toddlers or your child has this lip problem. This post also highlights treatments while citing expectations after treatment or what may happen if the problem is not corrected.

What is a lip tie- meaning of a lip tie

When do we say you are lip-tied or have a lip tie? Here is what you need to know about lip ties.

Every human being has a small usually thin tissue fold that allows for the upper lip or lower lip or tongue to fold and curl to a certain degree or level. This tissue is called the frenulum.

For instance, the upper lip frenulum or frenulum labii superioris can be felt by tongue tip when you contract your lip muscles while rolling the tongue over the upper gums.

Normally, the frenulum connects the central area inside upper lip, lower lip and underneath the tongue to the nearby mouth part. For instance, the upper lip frenulum attaches the center of upper lip to the upper gums.

However, due to problems in human anatomy, the frenulum can be tethered or remain tight to the upper or lower gums. In this case, the lips will curl but with so many restrictions or without much freedom. That is when we can say you have a tied lip. How do you know your newborn baby has lip tie problems? Is it a real issue in toddlers and newborns?

Before breastfeeding, some parents may not be able to tell whether or not their newborns/toddlers have the normal frenulum.

Parents who have reported problems with feeding behavior of their babies have ended up learning that they have this problem.

Problems or symptoms of lip-tied babies

Can a baby’s lip tie a lifelong problem? The answer is yes! Lip ties can really cause problems to babies especially those who are still being breastfed. Depending on “class” of labial frenulum restriction, these are some of the challenges faced by the baby or the mother.

Lip-tied and tongue-tied problems in adults

Although these are not proven to work for everyone, (especially toddlers or children) post-lip tie or tongue tie release exercises for adults include:

If you cannot pronounce troublesome words after correction, seek further help from a therapist.

Statistically, upper lip ties are more than tongue and lower lip tie. Adults who suffer more are those who use dentures. 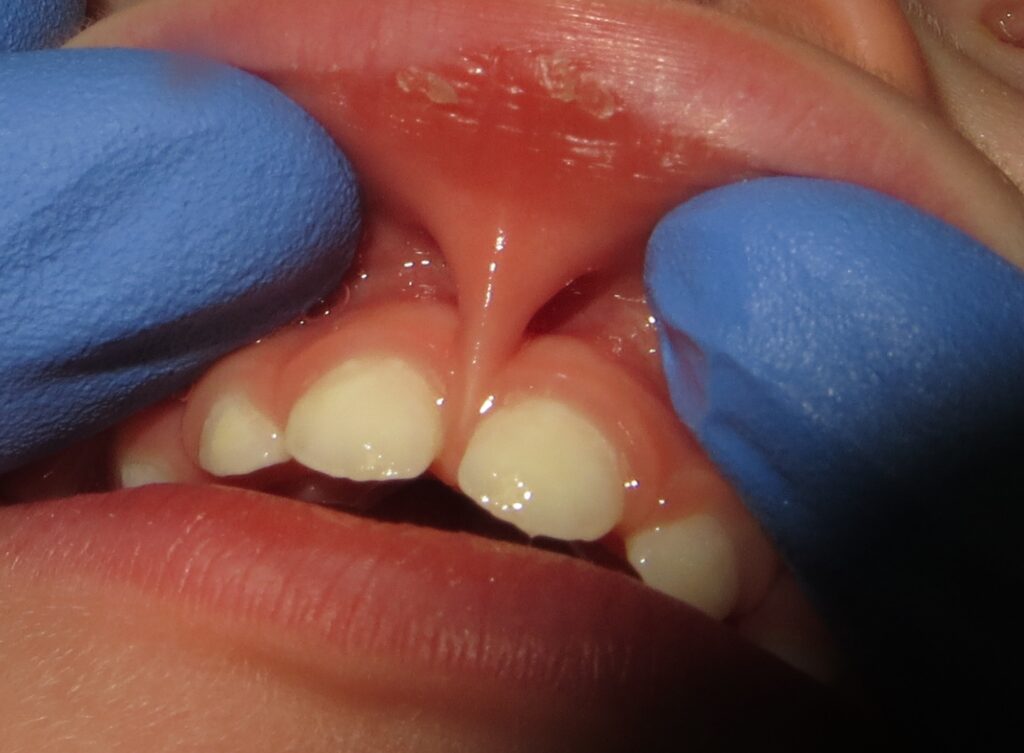 What can be done in case of an upper or lower tongue tie? We have some ideas on how lip-tied problems are treated plus treatment risks. We have also included a video clip showing a simple lip frenum release in babies.

Lip tie release is a physical procedure done by a dentist to release the frenum and increase the lip movement for intended purposes.

This procedure may not require any local anesthesia but some form of numbing the frenulum vessels is essential.

What to expect during lip release surgery

This treatment takes a few minutes for it to be done and completed. However, there is discomfort associated with it such as:

As mentioned, toddlers may become fussy. This should not be a great concern but you should find a way out. One of the things suggested is keeping your baby or toddler close to body temperature. Optionally, talk to your healthcare provider for proper medication to relieve of pain or swelling.

Parents are advised to consult more prior to this treatment in newborns. If your baby shows good sings, continue breastfeeding them to foster healing.

What parents should know after release 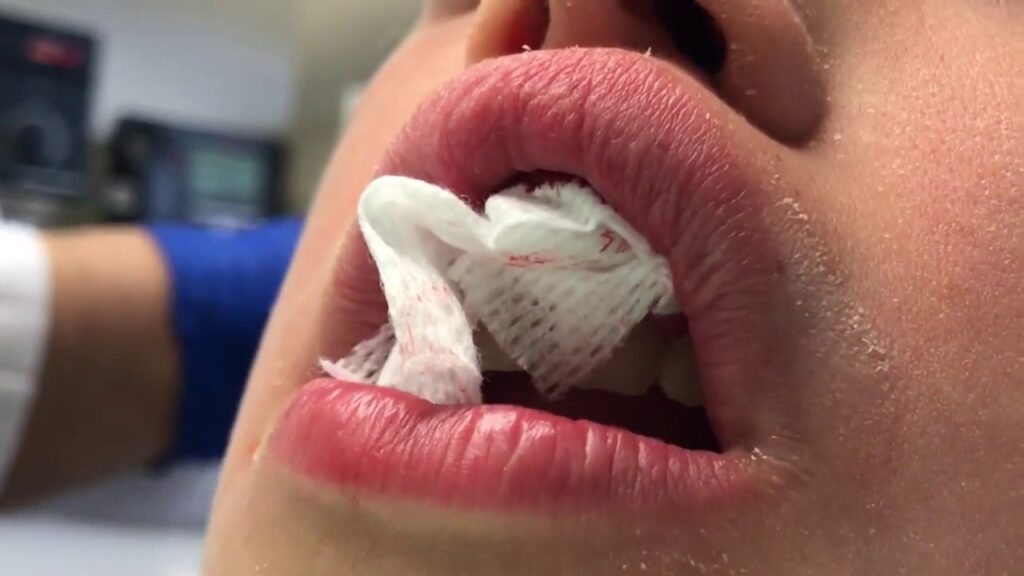 Ultimately, after the release of the frenulum improvements (in terms of breastfeeding) do not come almost immediately. Especially, if your toddler or baby had a tongue-tie release.

Be patient as your baby’s body finds a good adaptation ability and compensation from the muscles. These are the things that will contribute to regression in suckling or good progressive feeding.

Unlike lip release, a frenectomy is a surgical procedure that removes the tissue.

Most dentists who provide frenectomies use of laser therapies. The laser is a considerably better removal option due to its good results such as bloodless and painless operation. The bottom line is to ensure you have consulted as a parent.

Can lip-tied toddlers or babies undergo oral surgery to remove the frenulum? Reaching a decision for a frenectomy for infants depends on what the parent wants. At times future problems can overrule the rest.

However, below are some lip-tied symptoms and reasons why you would want your toddler (child) to get an upper lip frenectomy.

Children who have grown permanent teeth can have frenectomy to rectify the frenum. Healing is also reportedly progressively promising. 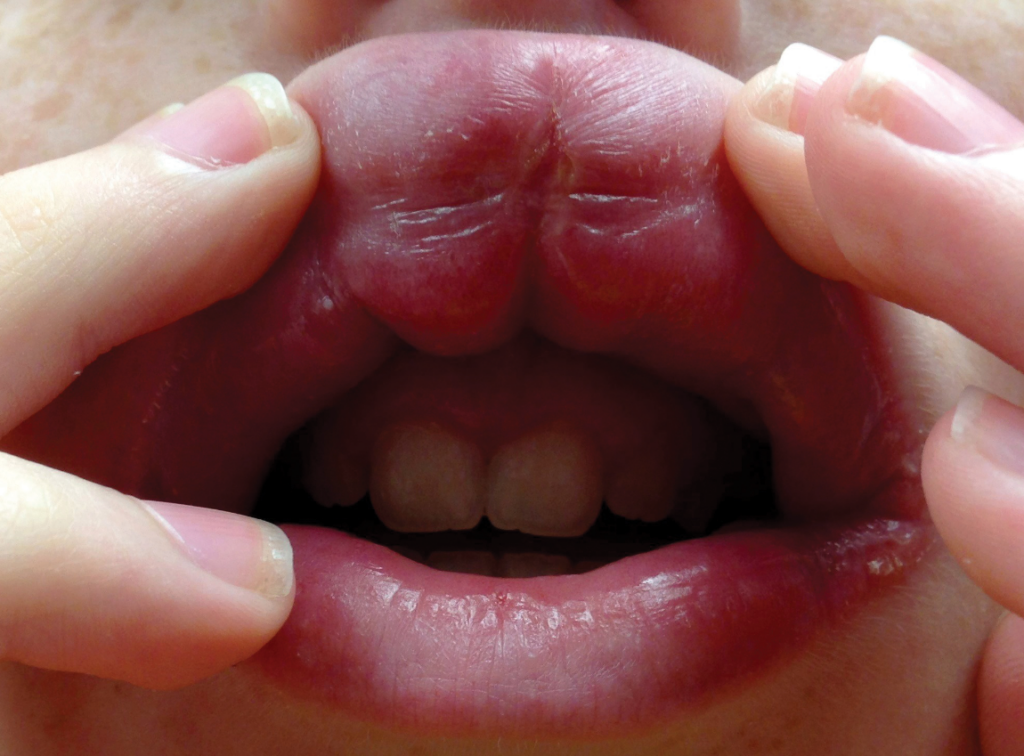 Below are the potential risks of undergoing a lip-tied procedure.

More importantly, if your child has had a frenectomy or surgery to remove the tongue tie, consider making visits to the doctor for further assessment. This is crucial in case there could be another possible operation when things don’t go that way or don’t have expected results.

Are there problems likely to occur later in life if you are born lip-tied or have a realized it lately? Besides the breastfeeding problems, other possible concerns include:

If you notice your baby’s gums recede or begin to form a frontal curve (or edge) while breastfeeding, talk to a dentist.

Mothers who are breastfeeding are encouraged to go for diagnosis in order to rule out whatever could be causing nipple pain. For instance, this would additionally help mums make the right decisions about their health statuses including thrush infection or mastitis or something else like a skin rash on their breasts.

Research does not clearly state whether certain therapies are actually helpful after treatment such as frenectomy. These include stretch exercises and therapies.

African Black Ants Pills, Where to Buy, Side Effects & Review