Yellow flies may be relatively small in size, but their bites are painful enough to get your full attention. This article will give you a breakdown of everything you need to know about these blood-suckers including the effects of their bites on animals and humans, treatment options and horse fly repellents that you can use to keep them away.

Although the name yellow fly is commonly used to refer to a wide range of yellow-bodied biting flies in the Tabanidae family and order Diptera, scientists recognize Diachlorus ferruginous as the true yellow fly species.

Also known as doctors fly in Belize, yellow flies are widely distributed in Latin America and tropical areas of the United States. They are believed to have migrated into the US through Mexico.

Yellow flies feed on plant nectar and pollen for energy, but like mosquitoes, the females require a blood meal before they can start reproducing; it helps them meet their nutritional requirements – especially with regards to proteins – for egg production and this they find by biting animals as well as humans.

Males do not bite, so if you have ever had a yellow fly inflict you with a bite, then that was a female. 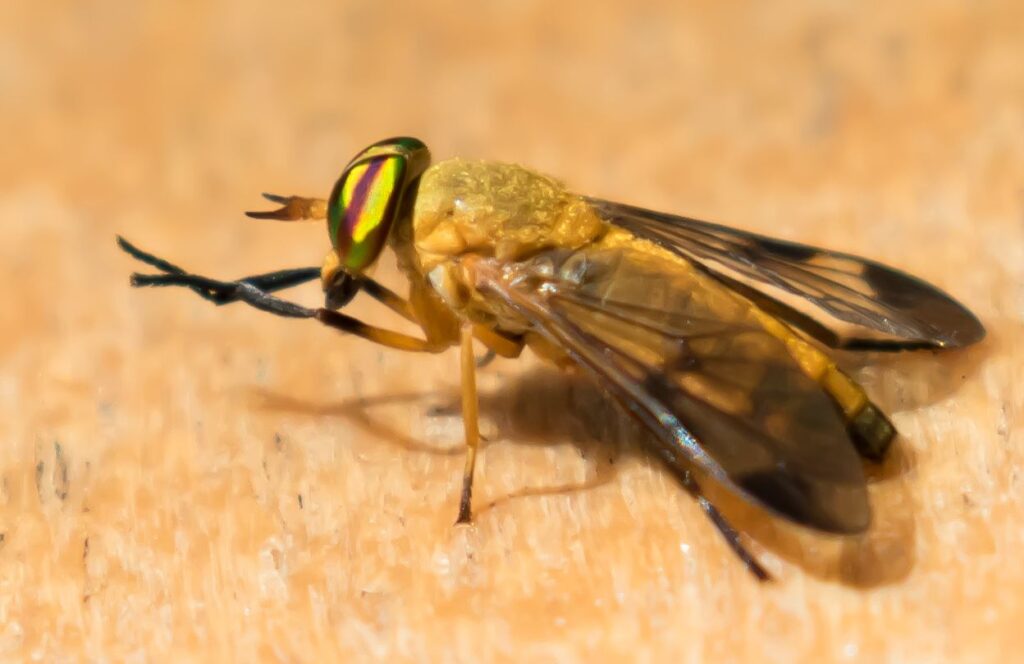 Females bite both animals and humans. Domestic animals e.g. dogs are a common target, but yellow fly’s preference for shade makes it less of a nuisance to animals in open pastures e.g. cattle and horses.

Although they attack their prey throughout the day, they tend to be most active during afternoon hours, just before dusk and on cloudy days. They can attack both outdoors and indoors and any exposed part of the body is at risk of their biting.

Yellow fly bites are usually very painful, often resulting in large, itchy swellings. Yellow flies have a characteristic quiet flight which makes their victims not aware of their presence until the sharp pain from their bite becomes apparent.

Yellow fly bites have dire effects on their victims. They, first of all, carry several blood-transmitted diseases such as anthrax and tularemia between preys.

This is not to mention that their bites are typically very painful, thanks to knife-like mandibles and maxillae that literally rip off their prey’s skin. The saliva used to stop clotting of blood as the flies suck in their “fair share” so to speak can also cause allergic reactions in some people.

Yellow flies also results in decreased milk production, lower feed utilization efficiency, and poor weight gain in livestock animals. It is estimated that these flies resulted in a loss of $40 million in the United States alone in the year 1976 as The Apalachicola Times reports.

Yellow fly bites usually heal on their own, but you may consider the following intervention measures to relieve the symptoms and hasten the healing process:

How to Kill Yellow Flies

If you have ever experienced the wrath of the yellow flies, then you know that these blood-sucking vampires in the fly’s world are no joke at all. Read these tips to learn how to kill yellow flies and revenge your case. 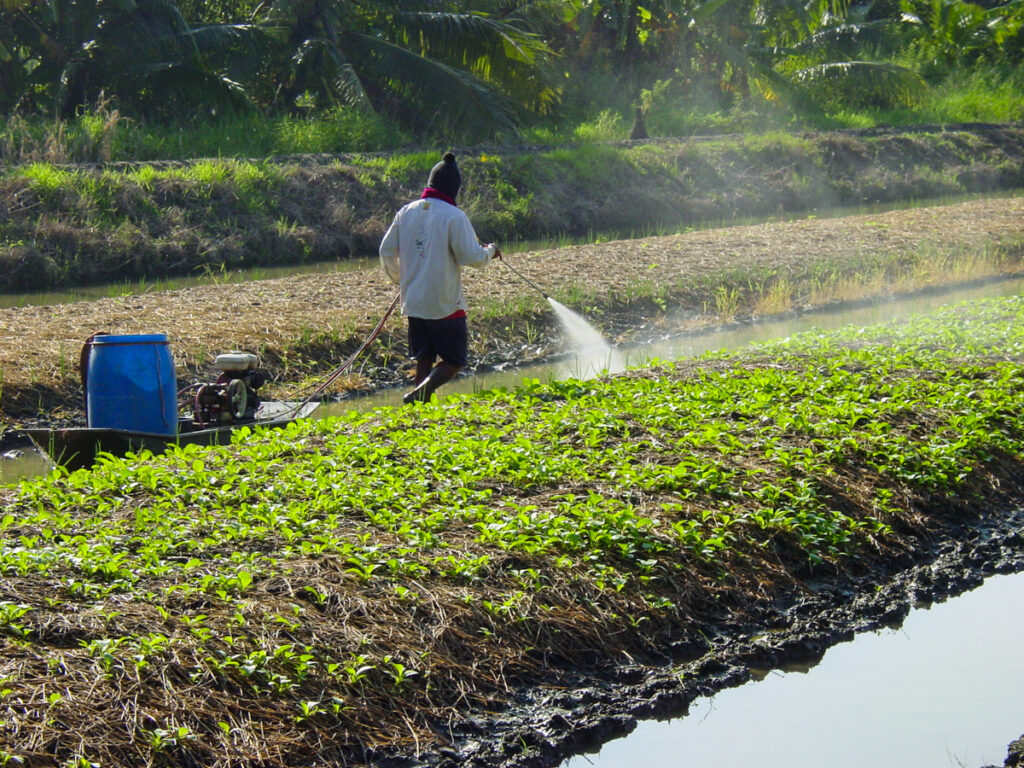 Spraying of insecticides has been found effective in getting rid of yellow flies in their immature stages but the use of insecticides is not generally recommended at these stages. This is attributed to the fact that at these stages, a yellow fly occurs on the edges of wet areas which may also be a habitat for a load of aquatic organisms.

Such organisms may also suffer from the harmful effects of the insecticides. Chemical treatment should only be reserved for control of adult yellow fly populations.

For yellow flies, you can choose among various chemicals including Permethrin (Permanent), Malathion (Cythion) and Carbaryl (Sevin). Simply spray these chemicals on the vegetation around the area infested with yellow flies, but never in water. Check with your local farm store or hardware store.

Keep in mind however that chemical control of yellow flies may only provide short term relief from these bloodsuckers as more of them enter your yard from nearby breeding sources. Remember that they are very strong fliers and can cover as much as 2 miles in their search for a blood meal.

2. Trap and kill them

The second option is to ensnare the flies in a trap suitable for them. We have described how to make a simple homemade trap using a dark-colored ball in another section of this article.

Despite the controversy surrounding its use in the early 80s, N, N-Diethyl-meta-toluamide (commonly abbreviated as DEET) remains the most common ingredient in bug repellent products. In fact, doctors widely recommend it as the most effective insect repellant.

There are however various products that are claimed to be DEET-free and yet others that are touted to be all-natural and some of them have as good ratings and reviews their DEET-containing alternatives as to suggest they work in spite of not including DEET in their formulations.

For commercial yellow fly repellent products, you may want to take a closer look at the following options: 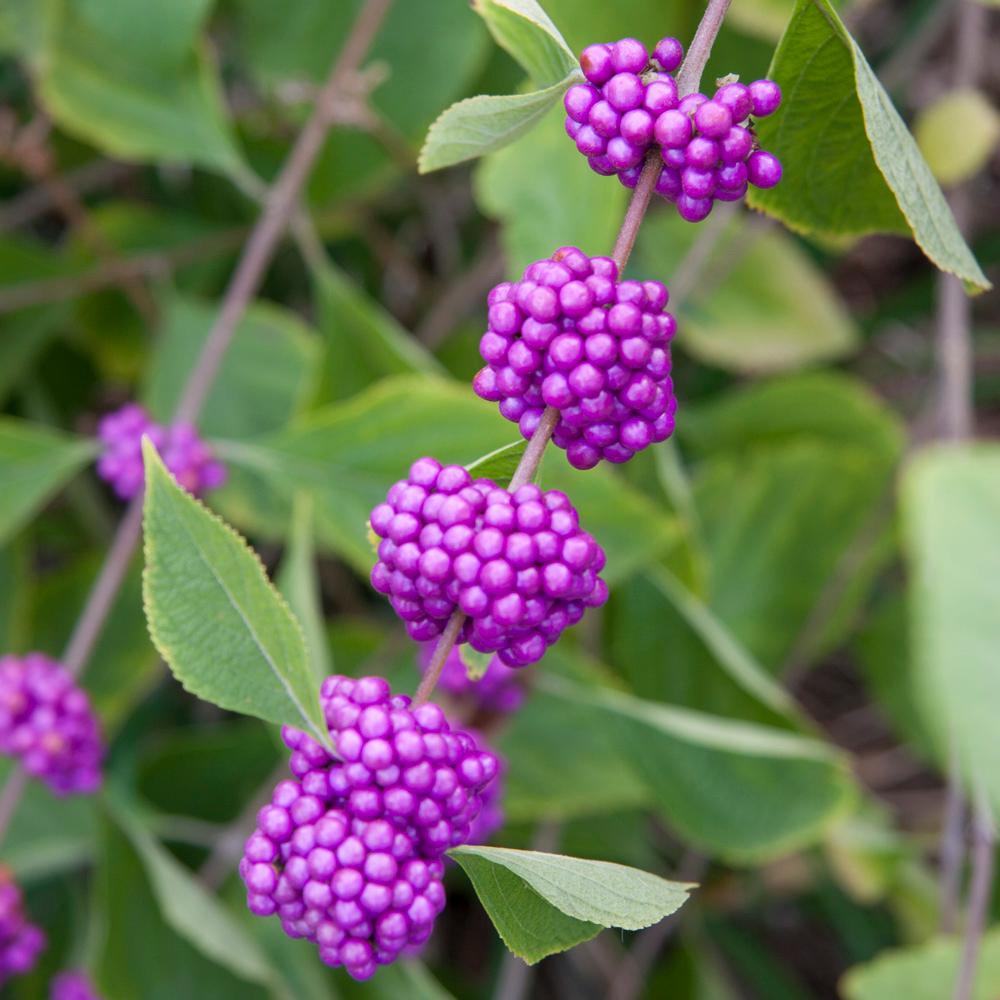 Beautyberry is known to repel yellow flies and has been used for used by early settlers in Florida to not only keep yellow flies away but other biting insects as well. You can either rub the leaves of the plant on your skin or tuck a few branches under your horse’s harness.

Some people have also reported success with drinking a tablespoon of apple cider vinegar before moving outdoor into a yellow fly-infested yard or environment. There is no scientific evidence to this claim yet, but it doesn’t break a bone to try it anyway.

Yellow flies traps can help in controlling the population of these marauding bugs in a small area such as yard, camping site, swimming pool, cattle sheds etc. you can make a simple trap at home using the following guideline:

As the ball swings in the air, it will attract yellow flies, mistaking it for a source of a blood meal. As we have already mentioned elsewhere, these yellow looking flies identify their prey by sight as opposed to chemically and dark moving objects always get their attention.

Upon landing on the swinging ball, the flies will get stuck. The flypapers wrapped around the stool will also help to catch any flies that fly upwards.

Researchers have also reported success with the cup-trap described below: 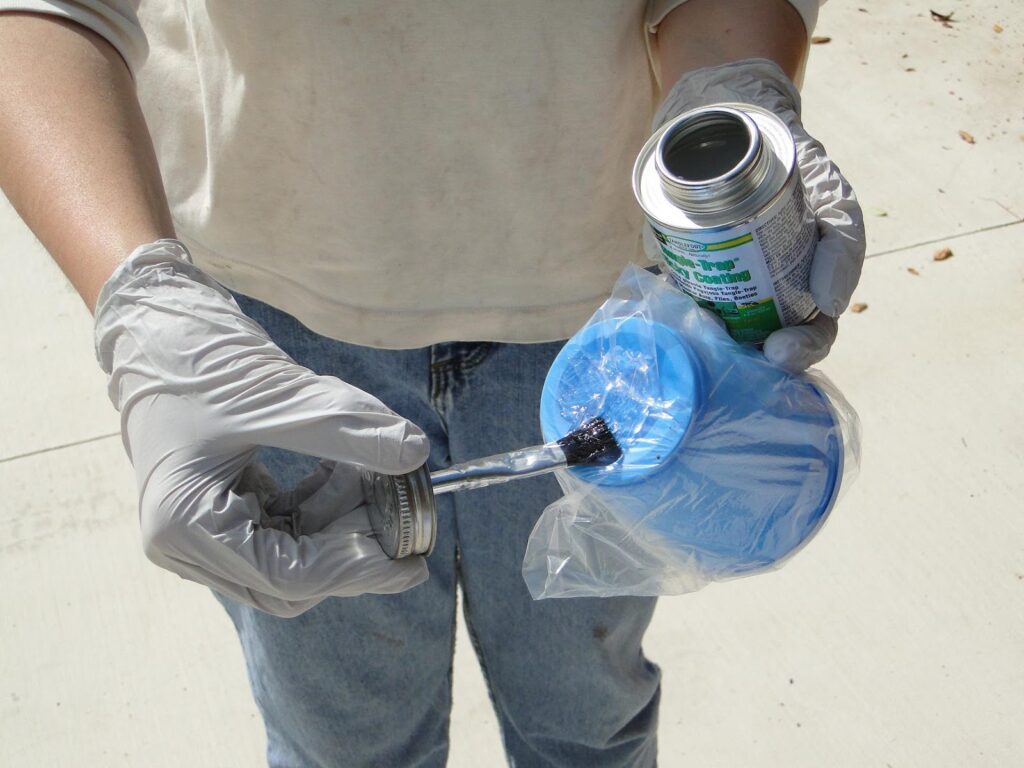 Coat the plastic cup with tangle-foot. Stick the cup on a baseball cap and wear it as you work around your yellow fly-infested yard and you are good to go. Researchers found that Yellow flies get more attracted to the plastic cup than to the person wearing it and voila! They get stuck right there.

“I live in Florida where yellow flies are a common sight. Their populations have however skyrocketed starting April this year. What yellow fly control techniques have you had success with?” Jane – via comment.

Well, Jane, you may want to use the following yellow fly control measures:

Yellow flies are attracted to damp environments, where they lay their eggs and are often found near the edges of lakes, pools, ponds, streams, and creeks among other such environments. Identify any such environments in your yard and drain them if they are of no economic significance to your farm or home. 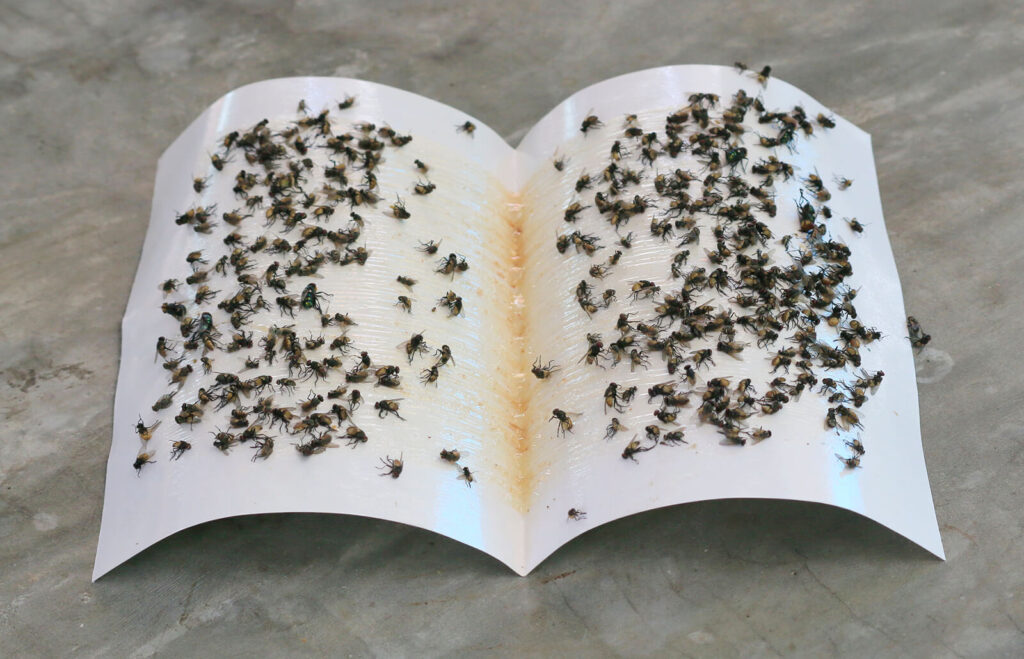 Set traps around your compound, especially in your garden and near the swimming pool. Traps are also effective in the control of yellow fly populations around confined animal production areas e.g. cattle sheds.

Insect repellents (previously discussed in this article) can also help to keep the adults at bay and so can wearing protective gear such as gloves and head-nets.

“I have recently been coming across yellow horseflies every now and then in my farm. They occasionally inflict very painful bites. Any tips to help me protect myself against their biting?” Joel

Well, Joel, the following tips may help you to avert their bites: